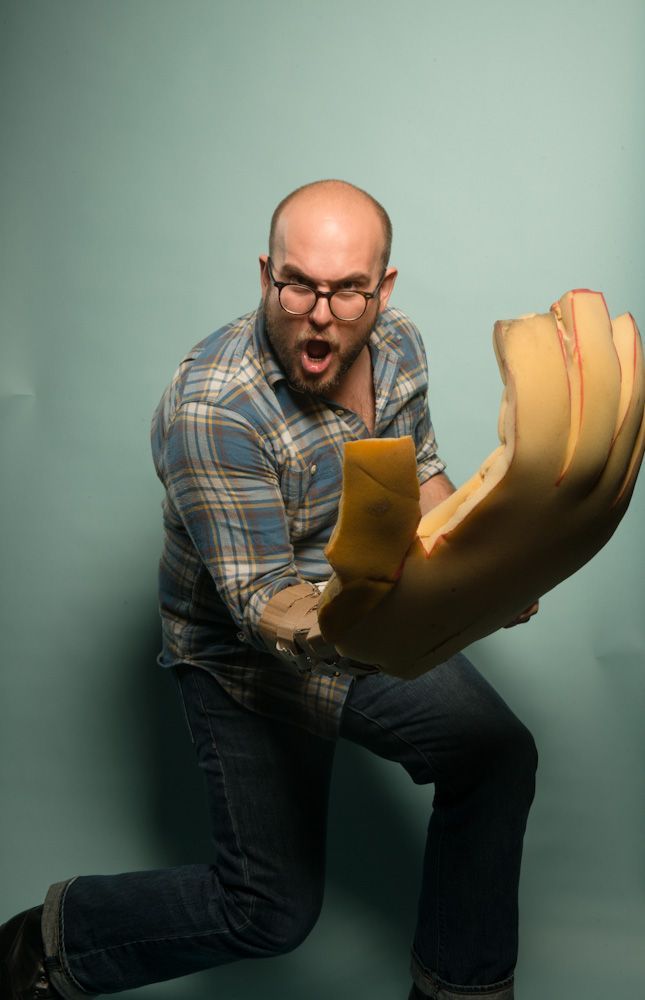 This interview spans a number of topics, including Robert’s experience with the Church and various religious figures, which forms the basis of a lot of what gets explored in Hand to God, the development history of the play, and his thoughts on puppetry. The following provides some context for each of the sections of the interview highlighted in this video:

00:06 – Robert talks about his experience growing up with the church and what made him excited to attend services.

01:26 – Robert talks about why he currently is not connected to a church and where he now finds support and inspiration.

03:10 – Robert discusses the history of Hand to God from initial inspirations to the award-winning production at MCC Theater.

11:50 – Taking a broader view of puppetry, Robert talks about how his writing can be considered a “puppet” and his responsibility to understand how to make his writing “move” in a certain way to reach his audience.

20:02 – To better understand the character of the Pastor in Hand to God, Robert provides his views on the role of religious figures, from prophets to contemporary preachers.

33:51 – Robert explains why they ended up using a sock puppet in Hand to God.

35:43 – Robert provides some thoughts on Tyrone, the puppet character in Hand to God, and the critical moment when the audience’s perception of him gets questioned.

More information about Robert Askins and Hand to God can be found at the following links: