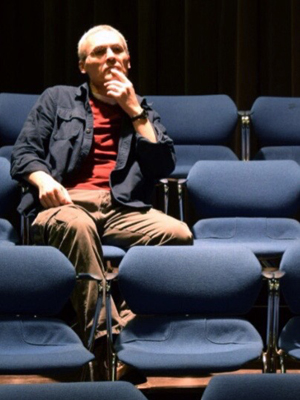 Dr. Mason is the author of The Performative Ground of Religion and Theatre (Routledge, 2019), Brigham Young: Sovereign in America (Routledge, 2014), and Theatre and Religion on Krishna’s Stage (Palgrave, 2009). His scholarship has appeared in Theatre Research International, New Literary History, the Journal of Dramatic Theory and Criticism, Studies in South Asian Film and Media, the Journal of Popular Culture, in some other journals, and in some edited volumes. He is co-convener of the Performance, Religion, and Spirituality Working Group of the International Federation for Theatre Research. For many years he served as a board member of the Association for Asian Performance. 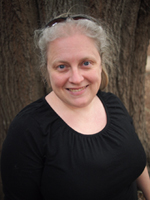 Alicia Corts is Assistant Professor of Theatre at Saint Leo University, a Benedictine institution in Florida, where she teaches a variety of theoretical and practical courses. Her research deals with the creation of identity in virtual spaces, specifically in relation to gender construction. Her work has appeared in Theatre Journal, Theatre Symposium, and Ecumenica, and she is has also contributed to a number of edited volumes. In addition to her research activities, Alicia directs on a regular basis, including work as a co-founding member of WITS: Women in Theatre in the Southeast. 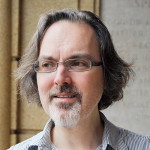 Alan Sikes is Assistant Professor in the Department of Theatre at Louisiana State University, where he teaches course in theatre history and dramatic theory.  He received his MFA in Theatre Directing at the University of Wisconsin-Madison and his PhD at the University of Minnesota-Twin Cities.  Alan researches the role of theatre in the formation and contestation of class and gender identities; his monograph on this topic, Representation and Identity from Versailles to the Present: The Performing Subject, is published by Palgrave press.  Alan also has articles in the anthologies Querying Difference in Theatre History, Theatre Historiography: Critical Questions, and Public Theatres and Theatre Publics, as well as several theatre and performance journals. 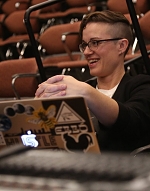 Dr. Fairfield helps develop, produce, and document new theatre/performance work that aims for collective liberation. A teacher of western theatre practice and a student of decolonizing strategies, Dr. Fairfield is an assistant professor at Rhodes College in Memphis TN, a member of the Society for Directors & Choreographers (SDC) and an intimacy director with Theatrical Intimacy Education (TIE).  Her/their past and current artistic collaborators include Annie Sprinkle and Beth Stephens, Knight & Brinegar, Dragonfly/Robin LaVerne Wilson, and Leigh Hendrix.  Joy’s writing has been included in the Journal for Dramatic Criticism, Studies in Musical Theatre, and several edited volumes.

Editors can be contacted using the following: