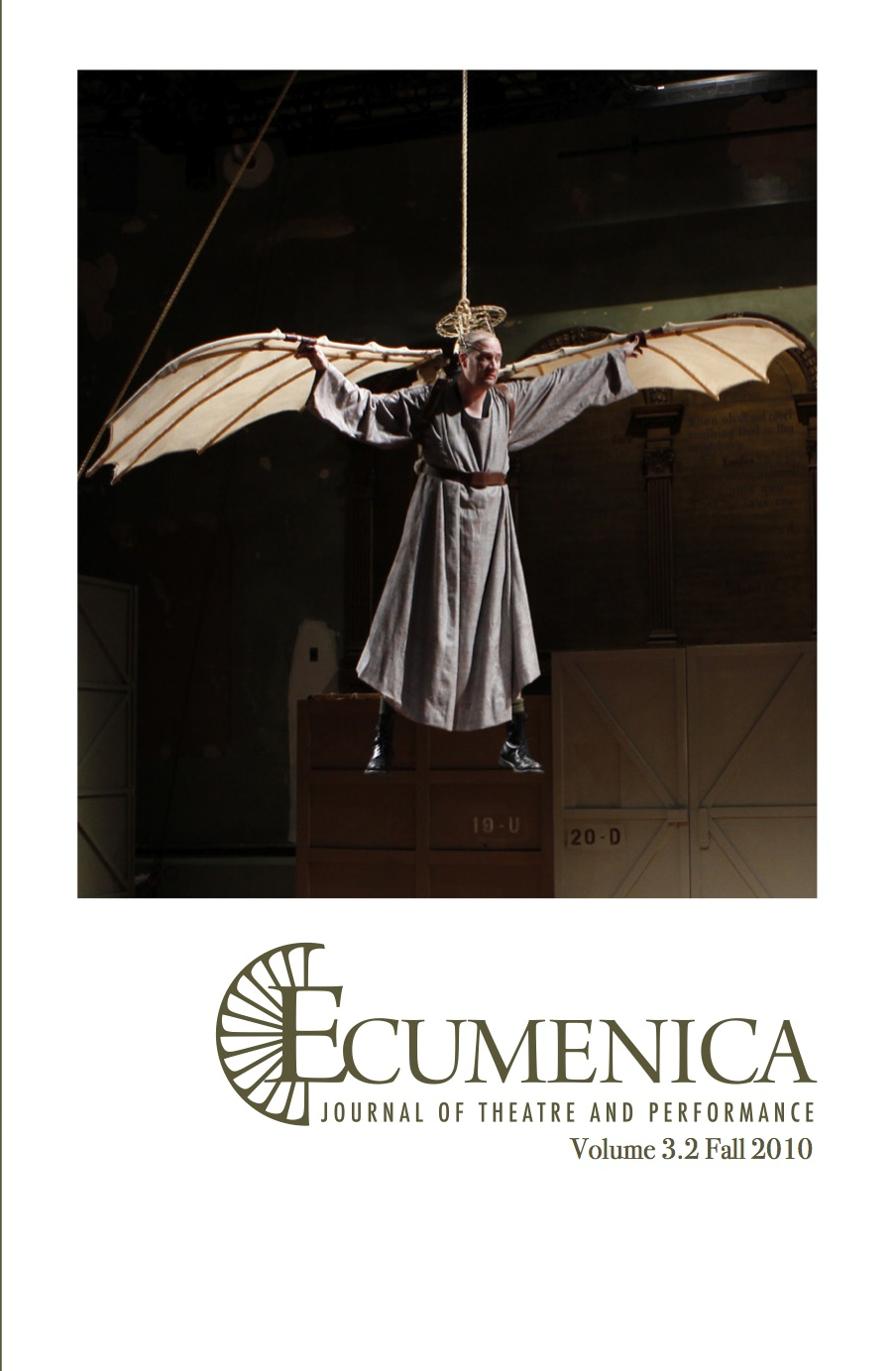 Feature: Incorporation of the Incar(nation): Dorothy L. Sayers’s The Man Born to be King
Bethany Wood

Abstract:This article examines Dorothy L. Sayers’s World War II radio drama The Man Born to be King (1941), broadcast by the BBC, which contained the first explicit representation of Christ in a modern drama sanctioned by the Lord Chamberlain. The author explores existing staging practices regarding religious figures and then examines Sayers’s attempt to update such practices in her effort to make the gospel relatable to listeners on the home front. The author then analyzes the effect of Sayers’s efforts on her portrayal of class, ethnicity, race, and gender in the gospel story, particularly, in her aural incarnation of Christ.

Abstract: Dox argues that the unique dynamic between corporal body and immutable soul that permeated Christian theology in the Middle Ages renders contemporary performance theory inadequate to describe medieval embodied ceremonies. While modern dramaturgy casts the body as signifier for a material referent, the medieval body is representative of an immaterial soul. In the absence of a codified treatise of medieval representational practices, Dox grounds her positioning of soul and body in a comparison of medieval European liturgical practices with those described in the Sanskrit Natayasastra and the medieval JapaneseKadensho, both of which posit performance as a physicalization of an inner spirit. The absence of masks in European liturgical practices, as well as an emphasis on imitation as a method of spiritual improvement found in two non-liturgical texts, implies a medieval European understanding of the body as a representation of the soul. This construction of medieval embodiment complicates traditional narratives of European performance history.

Abstract: This article explores the power dynamics of actor-director relationships through a comparison with two other kinds of intimate partnership drawn from radically different contexts: first, those of female mystics and male priests in medieval Christianity; and second, those of “tops” and “bottoms” in contemporary BDSM play. Focusing on the polarization of power, the essay aims to reexamine the ethical and political implications of acting, theatre, and performance. To this end, sites of theatrical training and rehearsal are reconceived as “laboratories of power” in which equity and polarization interact in complex ways. Jerzy Grotowski’s work serves as a key example of intensive and highly productive polarization between actor and director.

Highlight: Mapping the Sexual and the Spiritual: An Interview with Tim Miller
Wendy Clupper