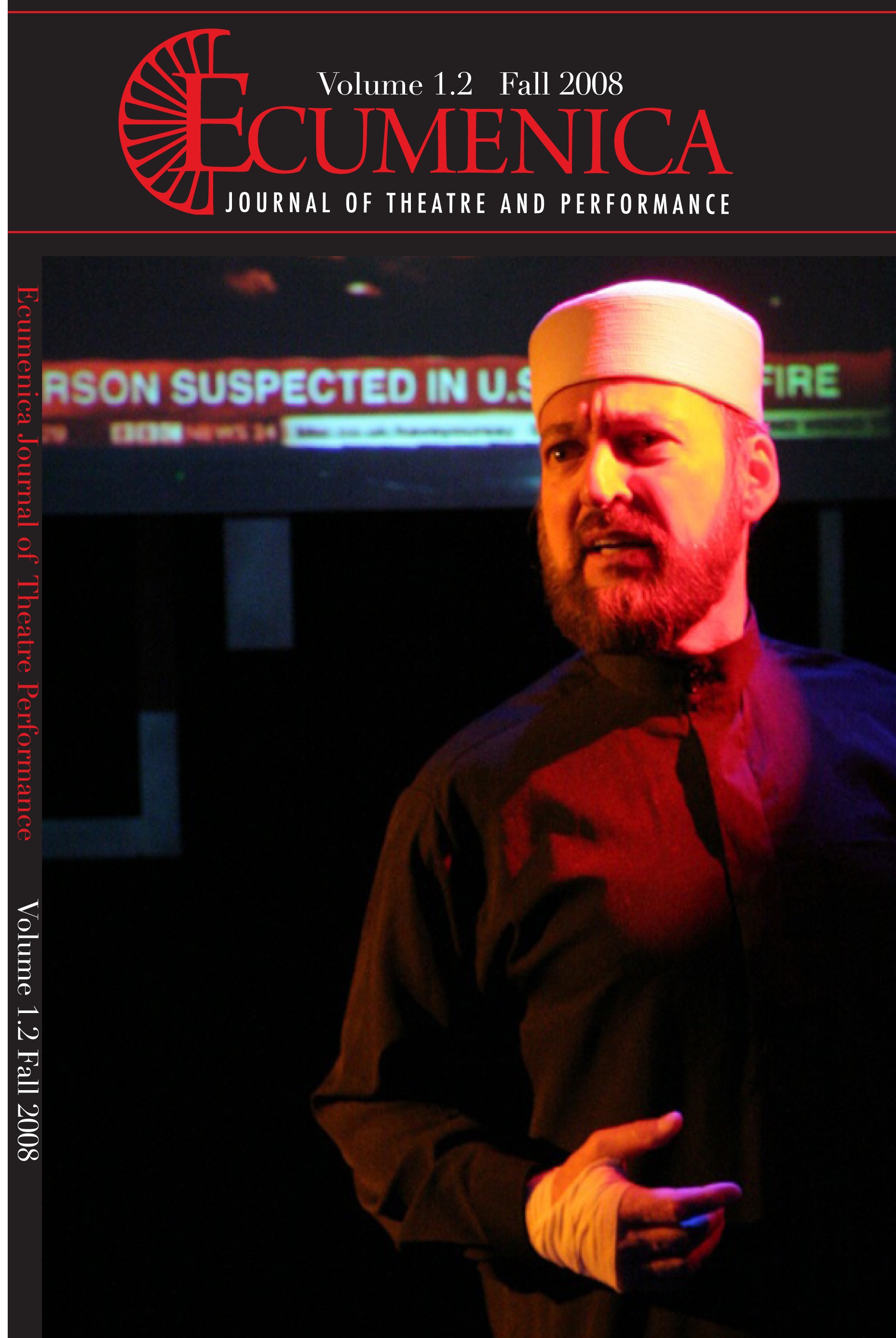 Abstract: Lina Saneh, a theatre and performance artist based in Beirut, reflects in her playAppendice on the relationship between the citizen’s body and the body politic. In the play, Saneh sits silently in front of the audience while her partner and performer Rabih Mroué speaks on her behalf. He announces that Saneh offers her body parts on sale on the Internet after her death in exchange of the promise that the buyers are going to burn them. Through this request Saneh denounces Lebanon’s prohibition on cremation. Appendice is a performance that is simultaneously geographically located, international, and virtual. By appealing to a global consciousness of moral responsibility, the play reveals its aspirations to cosmopolitanism, calling for the prioritization of the individual as a global subject.

Abstract:  Peter Civetta describes notions of Islam and Muslim identity expressed and experienced at New York’s Al-Nur Mosque over three years of observation. Unique because of the diversity of its population, congregational identity comes through the performance of themselves during the weekly gathering and the witnessing experience. Civetta suggests that these performatives are, for the congregants, embodiments of their belief. Imam Kopuz’s khutbahs, or sermons, focus on what unites the community and ensures that divisive issues do not become disruptive to the community of faith. Civetta highlights the performativity of the khutbah, thus moving from its form and content. Imam Kopuz’s khutbah moves from self-expression to self-erasure, from the informative to the performative, thus blending the relationship between performance and content with a performative goal of getting his congregation to change how they act and interact with the greater culture.

Highlight: The Comedy of the East, or the Art of Cunning: A Testimony
Lenin El-Ramly

Profile:  Theatre of the World Festival 2009, Many Stories, Many Truths: Voices of the Middle East
Dani Bedau