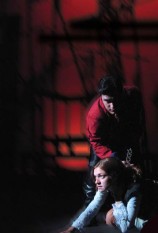 Letter From The Editor

Abstract:“Every since 9/11…” This notion has come to dominate or current consciousness. Perhaps future historians will call this period not to the postmodern or postmodern, but the “millennial period.” This editorial considers the performative dimensions of war as well as theatre about war, and interrogates the place of faith in violent conflict. But why are ‘religious’ villains so popular in our theatres of war and mass media? Historically, the Western idea of theatre emerged and reemerged through the melodramatic rites of good and evil forces, human and divine, demanding forces. Pizzato emphasizes the tendency of people to gravitate towards evil as an explanation and asks, particularly, what did the performances of 9/11 mean? Has the art of theatre been outmoded not only by cinema and television, but also by the reality show of live terrorist spectacles in the mass media or their threat to strike again, anywhere any time? Sacrifices are made, in all historical periods, to incarnate the others existence. In this way, theatre, from stage to screen, might change the melodramatic “war on terror” toward a tragic realization of American hubris. Conflict has been at the heart of theatre, religion, and human evolution for many millennia. If terrorism is theatre, then there is too much of it in the world today, especially religious, political, and mass-media melodrama.

Abstract: The article details the efforts of the authors to stage two productions that examined the history of Terezín, an eighteenth-century garrison town located in the present-day Czech Republic and used by the Nazis as a concentration camp during the Second World War. Terezín was employed to spread disinformation about the supposed relocation of Jews to new settlements within Eastern Europe. The Jewish prisoners of Terezin faced overcrowding, disease, and the constant threat of transport to the death camps. However, in order to facilitate the Nazi disinformation project, the inmates were forced to live a facsimile of a “normal” village life. This confluence of “reality” and “imitation” experienced by the inmates lends itself to exploration in theatrical performance, which also, and inevitable grapples with a similar confluence. Working together, the authors created two workshop performances-a first 2003 production in Minneapolis, MN, and a second 2004 production in Tallahassee, FL-that drew upon the doubled nature of theatre in order to examine life within the camp. Intent upon exploring the complexities of camp experience, the authors sought to produce not a transparent repersentation of life in Terezín, but instead an exploration of the difficulties involved in the act of representation itself.

Abstract: In the Towneley Scourging, spectators are shown not only the horrific spectacle of Jesus’s physical suffering, but also the spectacle of his mother’s psychological suffering, signified by her weeping. The internal, dramatic structures of the Towneley play-most especially, plot and character-encourage audience identification, not with Christ, but with the Virgin Mary. In the play, characters can be divided into three groups: 1. those who perpetrate the violence (Pilate, the Consulti, the Torturers); 2. the victim of the violence (Jesus); 3. those who watch the violence (the Apostle John, the Virgin Mary, Mary Magdalene, etc). Like the medieval audience, the spectator-actors are neither physically causing Christ’s suffering, nor are they experiencing it. In contrast to Jesus and his killers, the spectator-actors stand apart from the action, functioning as a kind of Greek Chorus. Of these spectators, the Virgin Mary is most freely able to express her sorrow, making her chief among the weepers and therefore positioned as the character ripest for audience identification. Through her, spectators learn how to view the play unfolding before them. The larger implication of Mary’s role lie in the potential for spectators not only to use the Scourging model as a way to deal with the play, but also as a model for dealing with the injustices of the world at large. Mary’s actions (or lack thereof) function as a potential didactic tool, providing a model for the viewing of public executions in general. By modeling a spiritual response to the physical suffering of Jesus, Mary teaches audience members to engage in devotional practices that fulfill the need to act yet in no way to help correct the injustice.

Abstract: Reputed British playwright Helen Edmunson’s play The Clearing  humanizes a concrete point in the Anglo-Irish conflict: the time is 1653, and the plot is the marriage between an Irish girl and a Cambridge educated English gentleman. Murray’s speech provides an exhaustive analysis of this 1993 John Whiting Award recipient. And the play, “a complex work”, is in its turn a review of the shattering effects of the persecution policy imposed on Ireland in the seventeenth century by Oliver Cromwell’s government. The article comments upon the failed love story between the two protagonists as a background for the clearing of Irishness in Ireland; the opposition between the two sides is initially embodied by the secondary characters. Eventually, the conflict overtakes the lovers, as well. Prof. Murray contextualizes the historical moment the characters are living in by discussing the main points of an almost eight hundred years old confrontation, and sheds light on the relevance that Helen Edmunson’s Clearing has for the present day audience.

Highlight: “The Troubles of Romeo and Juliet”
Crystal Brian

Abstract: The Troubles of Romeo and Juliet was produced by Quinnipiac University and staged at New Haven’s Long Wharf Theatre in April of 2004. Shakespeare’s Romeo and Juliet forms the basis for a collaboratively-conceived piece of theatre examining of the Troubles of Northern Ireland. Students conducted extensive research, focusing on first-hand accounts of those who have suffered during the violence which has torn the tiny country for generations. The result was this script, which seeks to “make strange” that story by emphasizing the violence of angry men and women focused on vengeance and retribution rather than the love story of Romeo and Juliet. The back-stories of Shakespeare’s characters have been revised to include many different perspectives. Mercutio speaks as a member of one of the most violent of the Protestant Loyalist paramilitary groups, the Shankill Butchers; Tybalt becomes a Catholic IRA officer; the Nurse’s fiancée was executed by Loyalists as she watched; Juliet’s friend, a Protestant, was beaten to death by Loyalists who mistook her for a Catholic.