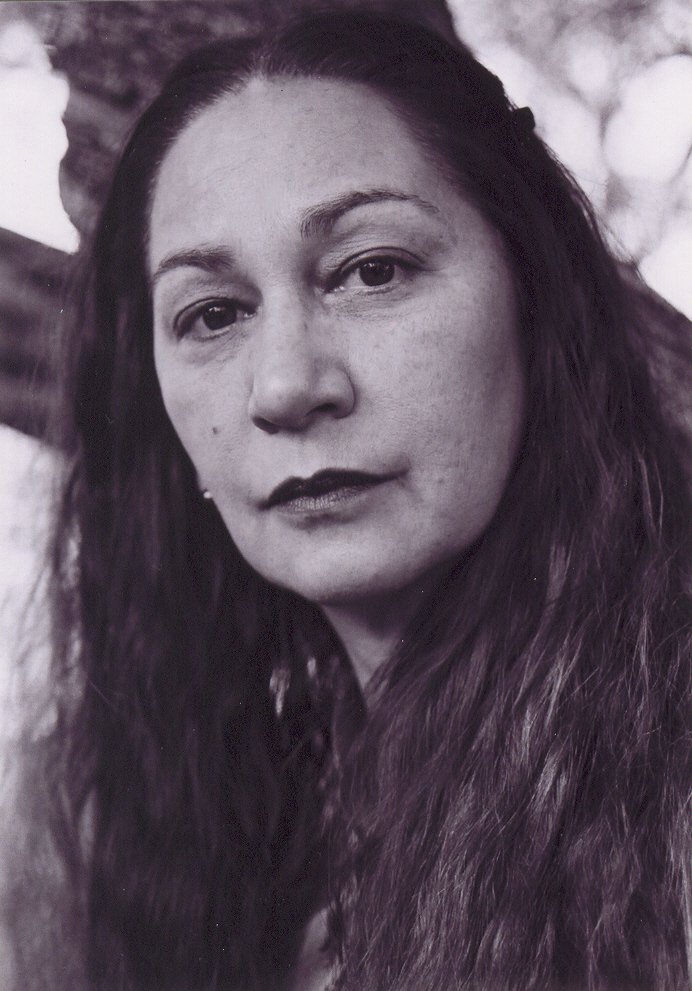 Victoria Nalani Kneubuhl is a well-known Honolulu playwright and author. She holds a master’s degree in drama and theatre from the University of Hawai`i. Her plays have been performed in Hawai`i and the continental United States and have toured to Britain, Asia, and the Pacific. An anthology of her work,Hawai`i Nei: Island Plays, is available from the University of Hawai`i Press. Ms. Kneubuhl’s   mystery novel Murder Casts a Shadow,  will be published this fall by the University of Hawaii Press. She is currently the writer and coproducer for the television series Biography Hawaii. In 1994, she was the recipient of the prestigious Hawai`i Award for Literature and in 2006 received the Eliot Cades Award for Literature.

Christy Stanlake: One of the aspects that I most admire about your playwriting is the way your plays often refocus popular culture’s critical lens to examine stories and perspectives that exist on the periphery of familiar tales.  In the case of Fanny and Belle: The Story of Mrs. Robert Louis Stevenson and her Daughter Belle Osbourne, the dramatic action follows the unfolding relationship between mother and daughter, while Robert Louis Stevenson exists as a supporting character.  As a playwright, what draws you to such stories?  And specifically, what attracted you to the story of Fanny and Belle?

Victoria Nalani Kneubuhl: I found my way to the story of Fanny and Belle by an interest in Robert Louis Stevenson and his connection with both Hawaii and Samoa, the two places I think of as home.  I like stories about women, and of course, stories that have something to do with the Pacific.  I love stories that lie just outside the mainstream.  Over thirty years ago, I came across a biography of Fanny called The Violent Friend, by Margret McKay.  Some years later I found Belle’s biography, This Life I’ve Loved.  I’ve been interested in them for a long time.   Their mother and daughter relationship was particularly compelling to me.  Their ages differences are about eighteen years, not so far apart as mother and daughter, and I’ve always been interested in daughters who live in their mother’s shadow.  Fanny and Belle’s lives have so many parallels and the relationships they have with men, as fathers, husbands, lovers overlap and intersect in unusual ways. Fanny and Belle led colorful, adventurous, bohemian lives before RLS came into their world and after he departed.  They stand out in my mind as luminous 19th century women.

CS: You had mentioned that you first visited Fanny and Robert Louis and Stevenson’s home, Vailima, when you were quite young.  What about that visit inspired your imagination, and when did you later begin to envision a play about Vailima and its inhabitants?

VNK: I first visited Vailima in 1962 when I was about 13 years old.  It was the first time I had come across from Tutuila, where my parents lived, to Upolu. My aunt had arranged for a visit to the grounds and a hike up to the top of the hill called Vaea where RLS and Fanny are buried.  One of my favorite childhood books, and my introduction to poetry, was A Child’s Garden of Verses, so I already felt an attachment to the man who had lived there.  It was a beautiful day.  There was a great breeze and air was cool and the rambling white house sat alone in the middle of a sprawling lawn.  All around was the canopy of the forest and the music of birds. We walked up the steep trail to the gravesite, rested at the tomb and looked out at the panoramic view of Apia and the sea.  I read the epitaph on the tomb, and even at thirteen could appreciate its depth and simplicity. My young imagination was imprinted that day, and I still return to that memory.  Over the years, I had a growing interest and curiosity about the Stevenson family.  When I decided to write about Fanny and Belle, it only seemed natural that the play be grounded or centered in that place.  Vailima, for me, has “mana” a concept found throughout Polynesia that signifies very strong energy, and in some Pacific cultures, spiritual energy.  Places and people with mana often touch and move us in unexpected ways.

CS: As a biographical play, Fanny and Belle ranges across multiple places and a period of fifty-five years.  What structural choices helped you shape such an epic tale into a two-act play script?

VNK: In order to tell their story (in two hours or less), I knew the play would have to range across continents and decades. I love the theatricality of the stage, and I love the challenge of playing with structure.  I’m not one of those writers who depends on a model, although I am very aware and thankful that I have been through an academic program in which I have studied playwriting structure.  I knew the structure would have to be flexible and allow for rapid changes of time and place.  I knew, especially for the first act that the structure would have to bear a driving narrative that moved forward quickly.  I really did my homework.  I read, reread, made timelines, and made sure I understood how Fanny and Belle were moving externally and internally, as best I could, in their lives.  I think having a theme to explore helped me immensely.   In the first act, by employing a loose, fluid structure, where one scene flows into another, and by setting up certain conventions—such as the use of direct address as narration, actors playing multiple rolls, and the use of the “Vailima” space as a place outside of time,  I was able to include a very big world in the smaller space of the stage.  Well, I hope that’s what I did!

CS: Vailima, the only tangible place on stage, functions as a kind of character in Fanny and Belle.  The place allows for, even motivates, shifts out of chronological time and into a more heightened sense of reality, where the past and present connect and dialogue takes a poetic form.  The Vailima space provides for powerful dramatic moments that emphasize the relationships between people and the land, such as Belle’s monologue: “My mother was the island that gave me life, the homeland from which I’m sure I’ve departed—that is until I look at this body, this body of evidence.  My body, her body, the remains of her body which tomorrow I will carry up the hill and tuck safely away in the earth.”  In what ways does place, the natural world, provide dramatic inspiration for your work in Fanny and Belle and perhaps your other plays?

VNK: Yes, I wanted the Vailima space to be to be a place where time is suspended more or less and Fanny and Belle communicate on an entirely different level and out of a need to know and understand themselves and their relationship as an eternal and on going experience.  Though the play is basically a memory play, I hoped in the Vailima space scenes to create a sense of communication between characters and between character and audience in a kind of  heightened consciousness. I wanted to convey the sense of beings and individual souls in a timeless state.

I grew up in Hawaii and Samoa, two overwhelmingly beautiful places.  For many of us who grow up in the islands, our environment becomes fused with our spiritual lives.  We are where we come from.  These landscapes are outside of us, but inside of us as well, and we carry them with us. I feel fortunate to have been born into a family deeply rooted in Oceania, to have a genealogy that directly connects me to these islands, and to be living and working in the home of my ancestors. This is wellspring of my imagination and my creative life. I think a sense of place permeates most of my work.

CS: As a playwright of Hawaiian-Samoan descent, you’ve written many plays that focus on Hawaiian and Samoan protagonists.  What was it like to use a Samoan setting in a script that features non-Samoan characters?  I’m especially thinking about scenes such as the painfully comic encounter between Belle and the Samoan women, Lagi and Via, or the moments in which Fanny celebrates owning the land.

VNK: It was very different for me to be writing about non-Polynesians in Polynesia.  I felt comfortable using a setting in Samoa because these people were actually there and are part of 19th century Samoan history.  In one sense it was easier because I was not writing about political or racial conflicts and tensions, two themes that play big roles in some of my plays.  And certainly there is material for a play about this family’s role in the political intrigues of 19th century Samoa.  Samoa has its own performance genre called faleaitu (literally, ghost house).  It is a traditional form of village comedy. The humor ranges from silly to scathing (makes Saturday Night Live look like Mr. Rogers Neighborhood) and often includes physical comedy.  I wanted the scene between Belle and the Samoan women to have a sense of that very sassy fun, even though it is a little painful.   I was certainly conscious of Fanny’s western values when I wrote the play, and realized that her delight in land ownership certainly placed her as part of an “outsider” group whose values were often at odds with indigenous values. But those were not the issues I was interested in writing about in the play.  I wanted to write a play about a mother and a daughter.

CS: Your plays often draw directly from Hawaiian and Samoan cultural material:  history, mythology, people, and places.  As a playwright who actively creates plays out of her cultural community, what dreams do you have for theatre coming out of Pacific Island communities?